After the surrender of the Japanese, 10,000 officers were captured in Hong Kong in 1946. Of those, 239 were held as possible war criminals. Over time, several of those were released because of limited evidence and others were transported to stand trial in other locations. Eventually, Hong Kong held trials for 123 suspected Japanese war criminals. The Hong Kong Trials were formed mostly against those charged with “B class” conventional war crimes, or “C class” crimes against humanity. 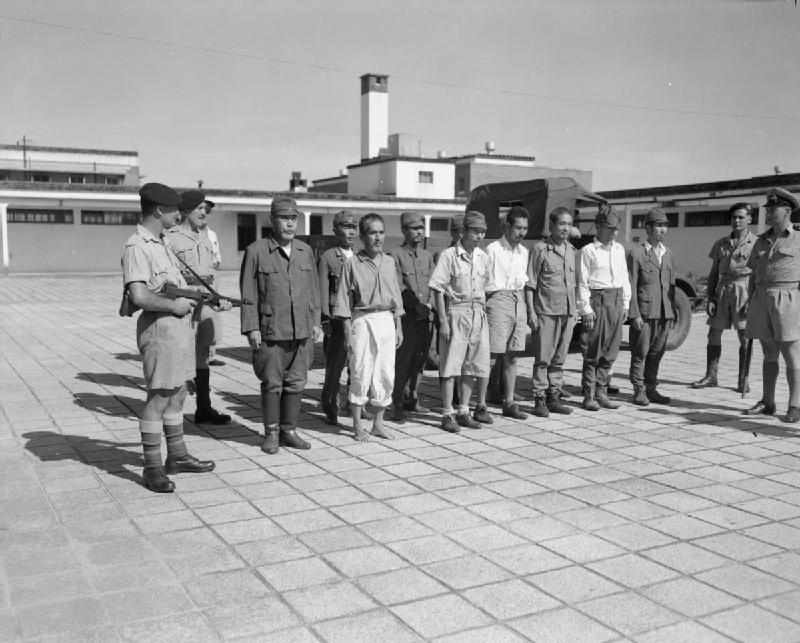 Japanese war criminals prepare for their transfer to ​Stanley Prison
By Watson R (Sergeant), No 9 Army Film & Photographic Unit - This is photograph SE 5156 from the collections of the Imperial War Museums., Public Domain, https://commons.wikimedia.org/w/index.php?curid=2324729
The Bridge House, et al Cases
In the Shanghai (Bridge House et al) Cases, the victims were a Chief Inspector of the Shanghai police named William Hutton and a Chinese civilian named Vong. The two accused of the crimes were Lieutenant General Kinoshita Kiichi and Sergeant Major Yoshida Bunzo. Their responsibilities related to their crimes varied; for instance, the Lieutenant General was in charge of the discipline and supervision of all places with detainees, while the Sergeant Major directly carried out the torture. In the end, the Lieutenant General was sentenced to life in prison, while the Sergeant Major was sentenced to serve twelve years in prison.
The Kinkaseki Mine Case
In the Kinkaseki Mine trial, nine civilians were accused of imposing subhuman conditions upon prisoners of war at the mine. What is interesting about this case is that it sought to transfer liability from the Japanese Army to a private workforce. Testimony shared by several Japanese officers explained that the civilians were in control of the POWs once the POWs were received at the mine. Beyond that, the army argued that they were not responsible for treatment of the prisoners. While the court ultimately convicted the civilians, the Japanese army did not escape scrutiny entirely. It was charged in other trials for the poor conditions of the Kinkaseki camp for approving slave-like conditions. 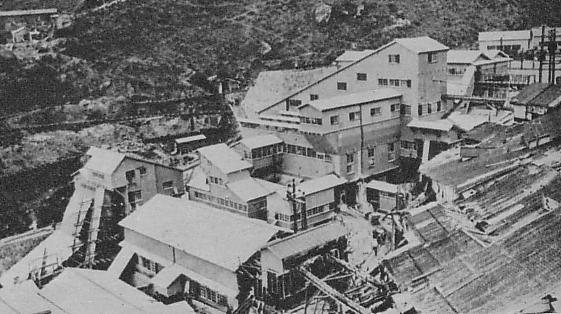 Kinkaseki(Jinguashi) Mine
By Unknown - Japanese book "Showa History of 100 million people: History of Japanese colony Vol.3" published by Mainichi Newspapers Company., Public Domain, https://commons.wikimedia.org/w/index.php?curid=3956195
The Tone and the Behar
In an admiralty case, Rear Admiral Sakonju Naomasa and Captain Mayazumi Haruo were charged with the deaths of sixty-five prisoners who were captured when their vessel, the Tone, sank the Behar. The Rear Admiral actually ordered the Captain to “dispose” of the prisoners. However, the Captain had other ideas and tortured the survivors for about nine days. At trial, the Rear Admiral tried to make the case that the Captain did not execute the prisoners until he left the Real Admiral’s command. However, the Court was not persuaded and condemned the Rear Admiral to hang. In contrast, the Captain only received a seven-year prison sentence.

Though many war criminals such as the Generals were punished, in the end, the damage which had been done to Hong Kong was a far greater punishment to those who survived the occupation.