Stacey Anne Baterina Salinas, author of Philippines' Resistance and Pinay Guerrilleras, is speaking at the 112th Annual Meeting of the Pacific Coast Branch of the American Historical Association this summer! 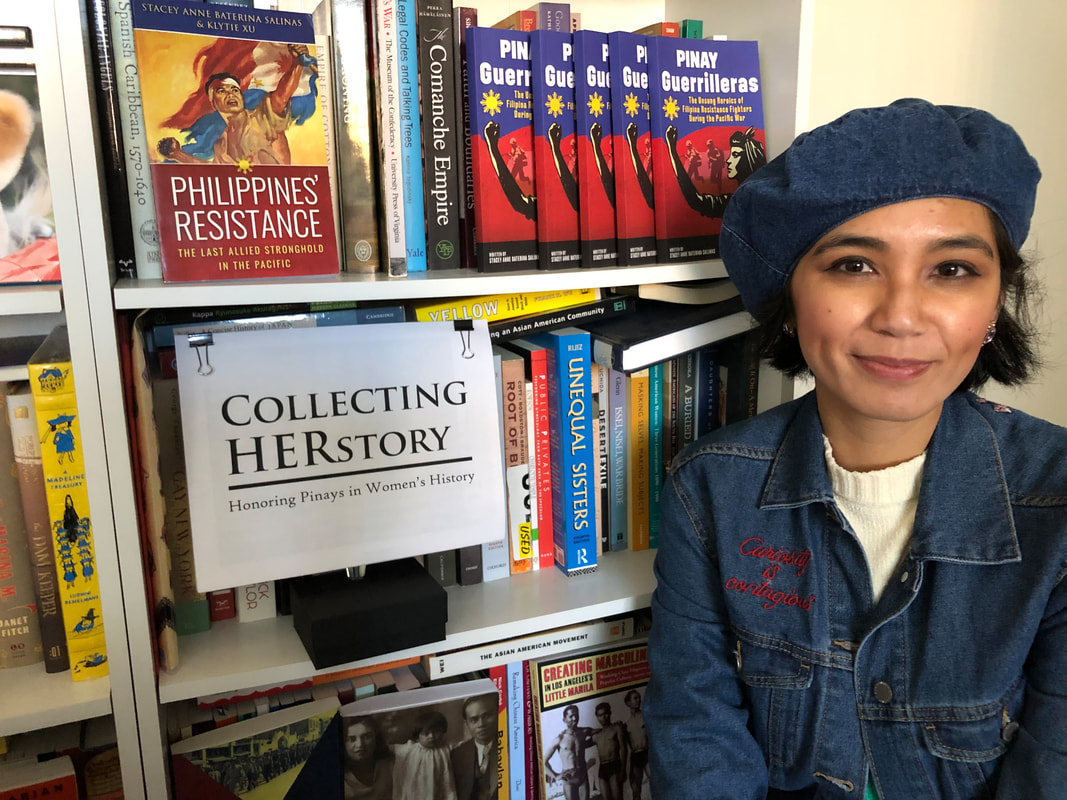 Day/ Time
​Thursday, August 1st, 9:45am-11:15am.
About the conference:
What is Pacific Coast Branch of the American Historical Association?
"The American Historical Association (AHA) is a nonprofit membership organization founded in 1884 and incorporated by Congress in 1889 for the promotion of historical studies, the collection and preservation of historical documents and artifacts, and the dissemination of historical research.
As the largest historical society in the United States, the AHA serves as the umbrella organization for historians. In this role, it conducts an active scholarly and professional program for historians interested in every period and geographical area. Among its 15,000 members are faculty at secondary schools and two– and four–year colleges and universities, independent historians, and historians in museums, historical organizations, libraries and archives, government, and other areas.
The Pacific Coast Branch (PCB) was organized in 1903 to serve members of the American Historical Association living in the Western States of the United States and the Western Provinces of Canada. All members of the AHA living in those areas, therefore, are also members of the Branch. Dues of the parent and branch association are handled by the Executive Director of the AHA, 400 A Street, S.E., Washington, D.C."
www.pcb-aha.org/about
Of course, please contact us if you have airline vouchers to donate. We can make you an in-kind donation receipt.
*All donations are tax-deductible!