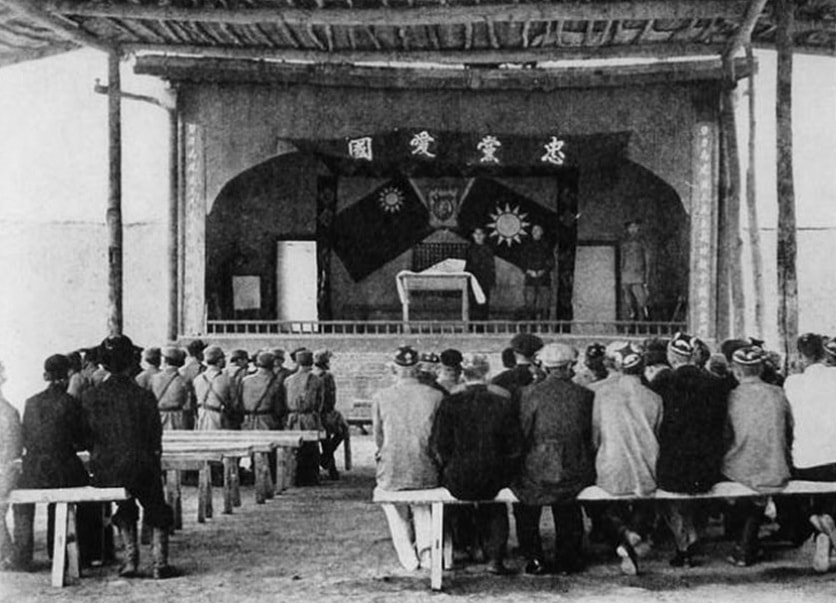 Kuomintang Party in Xinjiang 1942
The Nationalist Government not only made economic and land reforms, it had to make political reforms due to corruption during the Japanese war, which caused their mainland downfall during the Chinese Civil War. On January 5, 1949, Chen Cheng became the governor of Taiwan. By December, the Nationalist Government would become fully established in Taiwan and shift the governorship position to K. C. Wu. Nationalists assumed total control of the National Government of Taiwan upon their establishment, meaning they also controlled local political parties. The Nationalist Party analyzed the policies of the National Government to understand appropriate reform plans that would be efficient and effective. The main branch of the National Government was the National Congress. The National Congress held meetings with the Central Executive Committee and Central Supervisory Committee, where policies were proposed and administered. Under the Reform Plan, the two committees were replaced by the Central Reform Committee, which had 16 members, and the Advisory Committee, which had 25 members. The Reform Committee consisted of men with an average age of 48 who regulated the plan. On the other hand, the Advisor Committee, consisting of men averaging age of 66, who supervised the government. The goal of the new Reform Plan was to centralize the government, abolish corruption, and recruit highly patriotic political members, who were mostly agricultural and industrial workers, the younger generation, and intellectuals.
With the U.S. close allies with the Republic of China (“ROC”)—the official name for the Nationalist Government in Taiwan under President Chiang Kai-shek—President Truman and his administration hoped to make sure that Taiwan and the ROC would remain independent from the People’s Republic of China, the communist government of China.

Treatment of Taiwanese under Kuomintang 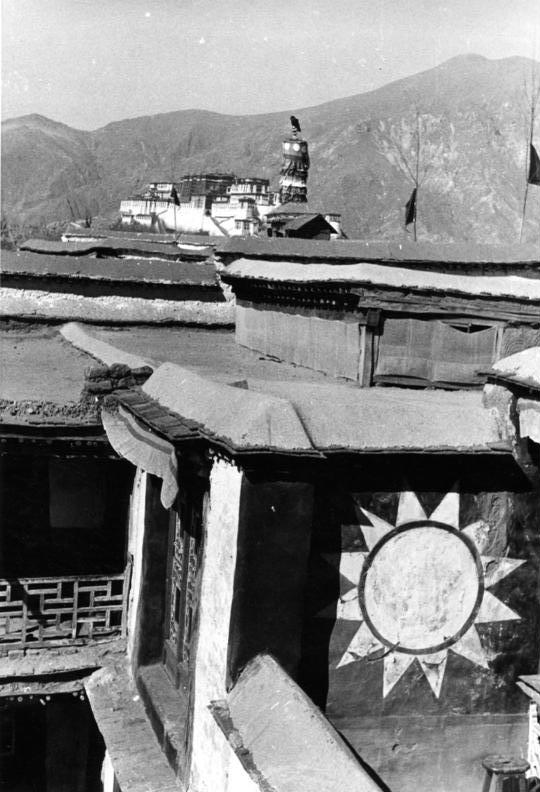 KMT flag displayed in Lhasa, Tibet in 1938
While the formation of the Alliance of Taiwanese Revolutionary Organization reinforced and supplemented the presence and stance of the Taiwanese revolutionaries, it did not have much support from the non-revolutionary Taiwanese population in China. Also, the effectiveness and efficiency of their work left much to be desired. The goal of the Alliance of Taiwanese Revolution Organization, with the help of Chinese Nationalists, was to unite all Taiwanese revolutionaries in overthrowing the Japanese in China and Taiwan, reclaim Taiwan, and aid China in instituting a new government under certain principles and policies. The Taiwan Revolutionary League emphasized utilizing propaganda to attract more Taiwanese on both the mainland and Taiwan to support their cause. The League wanted to convince foreigners that Taiwan belonged to China, as these Taiwanese had grown accustomed and connected with the mainland after residing there for years. Despite this, the League wanted to educate Chinese authorities on future treatment of postwar Taiwan and to convince the Chinese to view Taiwan as its province, as opposed to an occupied colony. The League committed to holding regular meetings and press conferences, publishing journals, broadcasting their ideas, promoting their cause to the public, and influencing future Chinese policies on postwar Taiwan.
The Nationalist Party prohibited Japanese-language publications and records. They also confiscated Japanese uniforms, flags, and other memorabilia under the Japanese colonial period. The Nationalists conducted a decolonization movement from the belief that the Taiwanese natives were distorted and defected from Japanese influence, causing the uprisings and aggressive actions. The end of the decade would lead to the Taiwanese failing to gain more autonomy and, instead, Nationalist centralizing their government in Taiwan to the point of taking over the local governments. The importance of the Nationalists’ treatment of the Taiwanese and their inability to effectively manage the native population and the political, social, and economic situation in Taiwan would lead to their loss of political power both in Taiwan and internationally.