The East Conference & Invasion of Manchuria

On June 27, 1927, leaders of Japan’s ministries of Foreign Affairs, Military, and Navy held the East Conference, in which leaders discussed future plans
regarding China and the Far East. Most importantly, the discussion focused not only on Japan’s plans for economic expansion into China but also their goal to crush the fight for the liberation of the Chinese people, which had sparked an anti-imperialist revolution between 1925 and 1927. The Japanese sought to create a stable zone free of anti-imperialist and pro communist sentiments. Resulting from the East Conference, on July 7, the document The Political Program in Relation to China was published, which included China, Mongolia, and Manchuria all as “Japan’s subjects of peculiar concern.”
The Soviet government sent a reinforcement of troops to protect the Eastern border. Over time, Japanese operational plans evolved from small operations into multi-stage offensive actions aimed first against Vladivostok and eventually the entirety of the Soviet Far East as far as Lake Baikal.

A puppet government was set up, led by Emperor Henry Puyi, who was enthroned in 1932. Under the illusion of independence, all Manchurian officials and Puyi were under constant surveillance. Every Chinese official had a Japanese advisor, who would instruct them regarding choices and decisions. Japan did not seize Manchuria for its vast resources alone; according to the former War Minister Jiro Minami, the occupation of Manchuria allowed the army to build a launchpad that would allow military attacks against both China and the USSR. By turning Manchuria into a colony and exploiting its resources to support the Empire, Japan prepared for military expeditions across Asia. 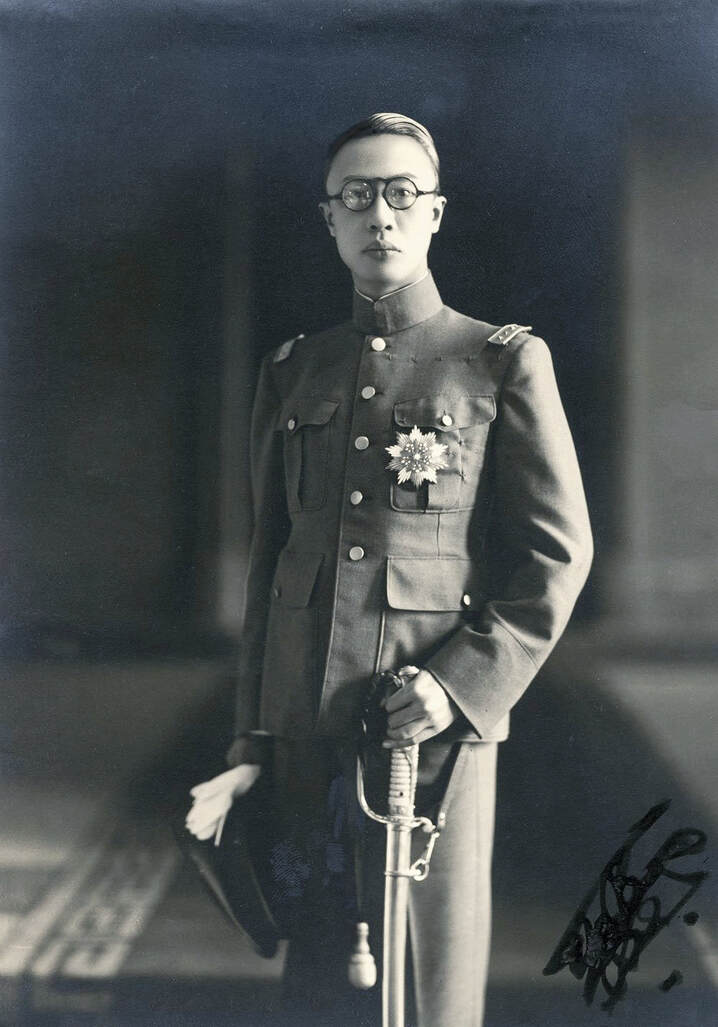 Puyi as emperor of Manchukuo, wearing the Manchukuo uniform.