History of Biological Weapons and The Young Ishii Shiro

The use of biological weapons pre-dated WWII. Military history shows that diseases had been well used. Examples include the Anatolian War in 1320- 1318 B.C., the Romans and the Persians regularly poisoning their enemies’ wells, and the Mongols disposing of diseased corpses in towns they needed to conquer. In more recent military history, British and American soldiers gave Native Americans blankets contaminated with smallpox. As the United States began westward expansion through Manifest Destiny, it showed off its power on the international stage. In 1851, Matthew Perry arrived in Japanese waters with a squadron of Navy ships authorized by President Millard Fillmore and forced Japan to open up trade with the West. At the time, Japan was a feudalistic country with no advanced technology, but from trading with the United States, it found a way to industrialize even with the small amount of resources.
In order to advance its national goal of industrialization, Japan needed resources. They started territorial disputes with Manchuria and Korea. When negotiations broke down, Japan attacked Russia in Port Arthur, which led to the Russo-Japanese War. It was then that Japan realized that diseases could be as deadly as firepower. Japanese soldiers were suffering from cholera, beri-beri, typhoid fever, and diarrheal diseases and about 25,000 of the 80,000 men in the Third Army were sent during the siege of Port Arthur. Japan then established its first Epidemic Prevention Laboratory. By the beginning of the 20th century Japanese scientists were well known for their work in preventative medicine. Similar to their efforts toward industrialization, the Japanese scientists worked hard and discovered the cause of beriberi and dysentery. The Shiga bacillus, a strain of bacteria which causes dysentery, was named after the Japanese scientist who discovered it. 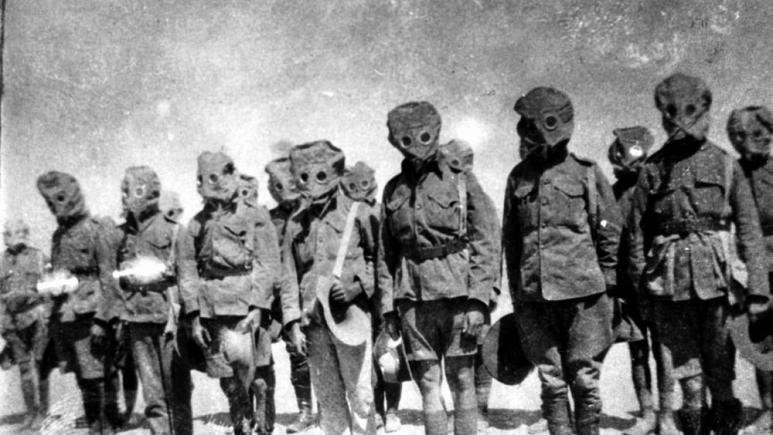 Soldiers in gas masks at WW1
In response to the Russians poisoning wells in Manchuria with typhoid, dysentery, and cholera, the Japanese developed a portable water testing kit. In order to treat the ingestion problem during wartime, each soldier was given a creosote pill after a meal. In a short period of time, Japan made a great deal of progress in the field of preventative medicine comparable to the West. A decade after the Russo-Japanese War, the German army’s use of chemical weapons inflicted heavy civilian casualties in World War I. Consequently, on June 17, 1925, 44 countries passed an agreement at the 1925 Conference on Disarmament in Geneva and signed an international protocol named “Protocol for the Prohibition of the Use in War of Asphyxiating, Poisonous or other Gases, and of Bacteriological Methods of Warfare” (“Geneva Protocol”). The agreement prohibited the use of chemical and biological weapons in war. Representatives from Japan were also present at this conference and were involved in drafting and signing the Geneva Protocol (although it was not ratified in Japan at the time).

Ishii Shiro was born on June 25th, 1892 in the village of Chiyoda, Kamo district, Chiba prefecture. Shiro, meaning “fourth son” in Japanese, was the fourth son of the biggest landowner in the region. His family exercised feudal control not only toward the villagers, but also over the region even after feudalism was supposedly over. Given his privileged childhood, he was known to be arrogant and brash even in his young days in primary school. However, since he was intelligent and was known to memorize books cover to cover, he was a teacher’s favorite despite his behavior.
Given the situation in Japanese education, one excelled in school not only through merit but also through patriotism. By the time Ishii was a teenager, he was fanatical about being loyal to the emperor and to the country as the Imperial Way. Similar to many boys his age, he aspired to become a member of the military. Before he turned 24, he was accepted into the Medical Department of Kyoto Imperial University. Since he was a brilliant student, he quickly attracted the professors’ attention. Since Western medicine was new in Japan, there was no need for an ethics class while Ishii was in school. By December 1920, he graduated from the Medical Department of Kyoto Imperial University at age 28. Eager to serve in the military, he began his military training in the Third Regiment of the Imperial Guard Division. On April 9th, 1921, Ishii began his commission as a Surgeon-First Lieutenant and, on August 1, 1922, he was transferred to the First Army Hospital in Tokyo. 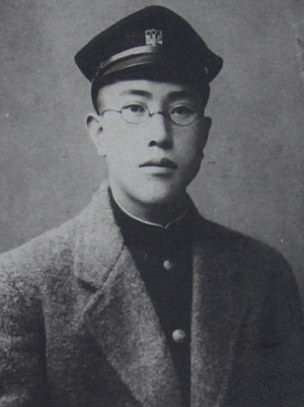 Young Ishii Shiro
In Tokyo, Ishii had a reputation as a womanizer who frequented geisha houses on a regular basis. Even with his low military pay, he was a generous tipper and was popular among young geishas, often being seen with only young ones about 15 or 16 years old. He was often drunk and complained loudly about the lack of opportunities for a physician to climb the military ladder. His attitude and loud complaints caught the attention of superiors who granted him postgraduate studies back at Kyoto Imperial University where his advanced studies were focused on bacteriology, serology, pathology, and preventive medicine. He was sent to Shikoku Island to study a new disease claiming thousands of lives, developed a water filtration system, and was introduced to the world of epidemic prevention. Dr. Ishii Shiro was an atypical post-graduate student who acted differently from the other students. One of the professors, Kimura, who was also Ishii Shiro’s senior thesis advisor, recalled, “Ishii was something else. He could use test tubes and apparatus that other students had washed clean at night. He came at night because he was lodging in the village of Kawahara. At that time, there were 30 or 40 research students, and they had to be careful to share the laboratory equipment because there wasn’t enough to go around. He would come at night to do his work after everyone else left.” Not only was he hard working, he liked to promote himself to the higher ups to further his ambition. He not only charmed most of the faculty at the time, but also made himself known to the University President, Araki Torasaburo. Visiting Araki frequently, he was able to network and eventually married Araki’s daughter to climb the ladder by acquiring a powerful father-in-law.