British, Canadian, American, and Dutch troops and civilians were considered “enemy nationals” during the Japanese occupation of Hong Kong. They were sent to civilian camps called Stanley, North Point, or Sham Shui Po. Since the Japanese did not sign the Geneva Convention rules of war, their treatment of POWs was extremely brutal. 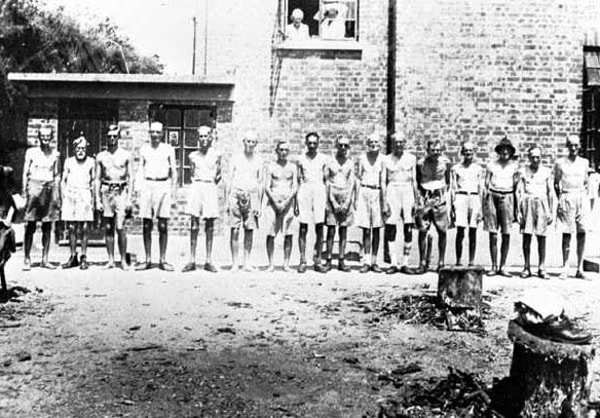 Stanley Internment Camp during Japanese occupation of Hong Kong in WW2 By The original uploader was Kevinhksouth at Chinese Wikipedia. - Transferred from zh.wikipedia to Commons by Shizhao using CommonsHelper., Public Domain, https://commons.wikimedia.org/w/index.php?curid=4633468
North Point Camp
North Point Camp was originally a refugee camp before the war. The war had damaged North Point Camp severely. Some huts had already been burned to the ground by the Japanese leaving very few resources available like water. The hut was designed to oversee about 30 refugees, but instead, was used to manage 200 POWs from India, Britain, and Canada.
Sham Shui Po Camp
On the morning of December 30th, most Canadian prisoners were marched through Kowloon to Sham Shui Po Camp by the Japanese. Although Red Cross sent food to the POWs, the Japanese soldiers sold the food to the black market. Eventually, most of the POWs from Sham Shui Po were transferred by ship to Japan for slave labor. One of the ships, the Lisbon Maru, carried over 1,800 men but would be torpedoed and sunk by the Allies. One POW by the name of Bob Clayton recalled being sent to a shipyard near Tokyo to build warships for a company named NKK.
Stanley Internment Camp
On January 4th, 1942, Hong Kong News, the only English-language newspaper during the time of occupation, announced that all “enemy nationals" were to assemble on Murray Parade Grounds. About 1,000 “enemy nationals” gathered on Murray Parade Grounds. The camp that would house the nationals included 1,100 men, 1,000 women, 340 children, and 80 infants. This internment camp was called Stanley Camp. ​​ 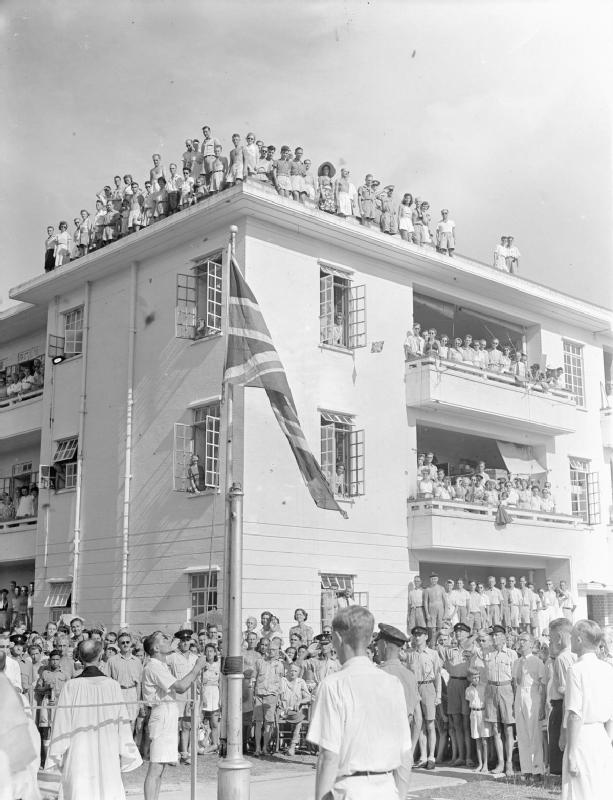 By Royal Navy official photographer - This is photograph A 30506 from the collections of the Imperial War Museums., Public Domain, https://commons.wikimedia.org/w/index.php?curid=2324745

“At least once we were in the camp the bombing and shelling finished. You could keep quite busy if you wanted. There was communal work, like cleaning our quarters, or teaching and helping out at the camp hospital. Queuing for food and cooking took up time – there were 600 people in our block to feed in turn. Lectures were given on every subject you could imagine and school was organised for the children. There were lots of religious services and concerts. I used to write – or adapt – plays for children. Our Peter Pan was something of a hit with the internees.”
-- Barbara Anslow
source: 香港軍票與戰後補償, Hong Kong, 1995, 明報出版社, 30, 31.

There were not many jobs left for those who decided to stay. Bus drivers were employed for a portion of rice as salary. There were also those who chose to labor for the Japanese to build roads and work in construction for food. Some citizens of Hong Kong took on a more entrepreneurial approach during wartime, and black markets become a very lucrative enterprise that becomes a lifeline for those who can afford it.

The access to everyday goods such as food, medicine, and even toilet paper can become as valuable as gold and silver. Occupied Hong Kong saw people struggling for access and even obtaining these once plentiful goods in pre-war Hong Kong.