The United States continues to regard Thailand as an independent state. We do not recognize the present Thai government. We continue to recognize as “Minister of Thailand” the Thai Minister in Washington, who has denounced his government’s cooperation with Japan. We regard with sympathy a free Thai movement in which the Thai Minister in Washington is a prominent figure. We have not made and we do not contemplate making at this time any political commitment to any particular Thai national or Thai group prejudicing the future political situation. We favor restoration to Thailand of complete freedom as a sovereign state and we favor creation in Thailand of a government that will represent the free will of the Thai people.

The Department of State to the British Embassy, March 20, 1944. Document handed by Assistant Secretary of State Adolf A. Berle to British Ambassador to the United States Edward Wood, 1st Earl of Halifax
The Tragedy in the Grand Palace
King Ananda returned to Thailand with his family after the conclusion of the war. Despite his unfamiliarity with kingsmanship due to his young age, King Ananda quickly won the hearts of Thai people longing for a king since the onslaught of the war. One of his most memorable acts included defusing the social, post-war tensions between ethnic Chinese and Thais in Sampheng Lane in Bangkok’s Chinatown. Unfortunately, tragedy struck on June 9, 1946, when King Ananda was found deceased in his bedchambers.​ 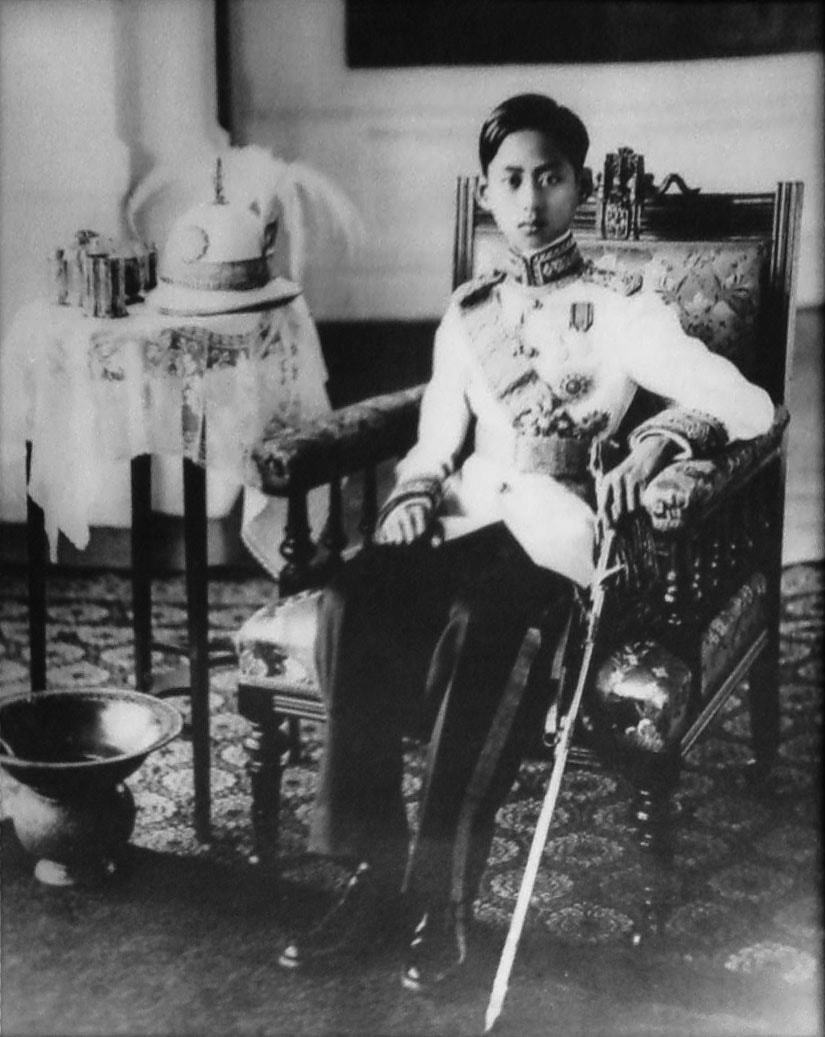 King Ananda in 1939
Recognizing the mounting pressure from the Thai public and international news outlets, government officials ordered a special commission of inquiry to investigate the King’s mysterious death. After a detailed autopsy as well as several X-ray examinations, medical officers concluded that there was a higher probability that the King’s death was a result of an assassination rather than suicide.

Pridi, recognizing the rising social unrest both from civilians and journalists, declared a state of national emergency. Soon after, King Ananda’s brother and newly crowned King Bhumibol moved back to Switzerland with his mother to finish his studies. The King returned four years later in 1950, this time, surrounding himself with Western-educated diplomats and advisors to tackle the complexities of preserving the monarchy within the confines of a military-ruled political structure

The U.S.-Thai Post-War
U.S. post-war policy with Thailand was one that considered Thailand as an enemy-occupied territory rather than that of a Japanese ally. The U.S. confirmed it’s unconditional support for the country and the Free Thai movement, stating, “We favor restoration to Thailand of complete freedom as a sovereign state and we favor creation in Thailand of a government which will represent the free will of the Thai people”. This statement would go down as being one of the strongest affirmations of U.S. support for Thai sovereignty. With a history of strong ties and friendships, it would be no surprise that the U.S. came to the defense of Thailand during post-war negotiations.
The Britain-Thai Post-Wa
While the British recognized that the Seri Thai movement was a powerful resistance movement that allowed them to collect and compile intelligence on Japanese activities, they dulled out substantial punishments and harsh post-war policy decisions. Britain wished to regain the colonial holdings they lost during 1943. Aiming to restore their dominant pre-war role in Thailand’s trade they also called for financial restitution for losses that were sustained by their firms, particularly in resource-rich Malaya. Only when British demands were met, would Thailand be allowed membership into the United Nations. The French even engaged in efforts to block Thailand’s admission into the United Nations and only ceding when Indochinese territories were returned.
Background image: King Bhumibol addresses a joint session of the United States Congress in 1960
By Unknown - [1], Public Domain, https://commons.wikimedia.org/w/index.php?curid=9615747