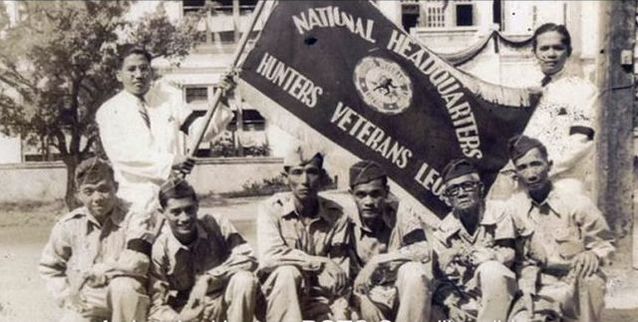 A photo of the Hunter's ROTC. - Pacific Paratrooper
The Hunter guerrillas were among one of the main guerrilla organizations that were initially formed by the cadets that once served the Philippine Military Academy prior to the war.  Under the order of General MacArthur, the Philippine Military Academy was to be disbanded in 1942 right before the Japanese  Imperial Army took control of Manila. The younger soldiers studying and training at the PMA (Philippine Military Academy) wanted desperately to join the war effort despite MacArthur’s  orders and gathered a substantial amount of recruits who had been part of various ROTC units. Taking what training they had learned from the PMA, the young soldiers schooled their new recruits as  saboteurs (ruining phone lines, radio connections, eliminating pro-Japanese Filipinos and spies, and conducting small hit and run raids).

The ROTC organization of guerrillas would become one of the few officially recognized Filipino led forces by MacArthur and his staff.  Their first phases of recruitment, training, and collection of arms began in the Antipolo Mountains after the surrender of American and Filipino troops at Corregidor.  The founder of the Hunters ROTC was himself a Philippine Military Academy cadet by the name of Miguel Ver who even prior to the surrender of USAFFE at Bataan and Corregidor was already going through the motions of collecting recruits to fight the impending Japanese invasion. By the end of the war, the Hunters ROTC would collect over 25,000 recruits and serve as the head frontline guerrilla units for the major raid, the Raid of Los Banos in February of 1945, freeing 2,147 Allied POWS.

One of the youngest guerrilla recruits was the then sixteen-year-old ​Mario Montenegro who would become a major film star in Filipino cinema after the war. 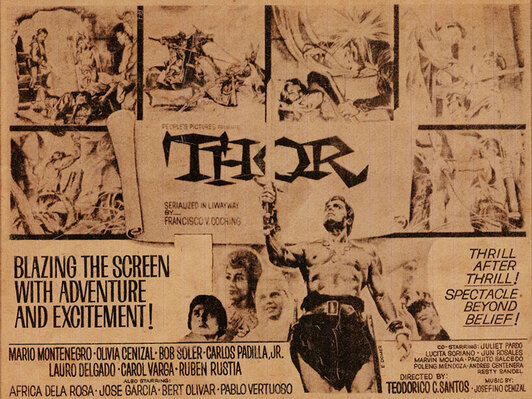