Chiang Kai-Shek, expecting the inevitable threat to Shanghai, deployed the 87th and 88th Divisions to defend the city due to its economic value as an international city and its close proximity to the Chinese capital, Nanking. The Chinese Nationalist Army had 1.5 million troops, but the quality ranged widely. The 87th and 88th made up 80,000 troops known as the “Generalissimo’s Own” were better equipped, more experienced and, most importantly, better trained than any other units of the Nationalist Army. They were outfitted by foreign, mostly German, equipment, and trained by German advisers, General Hans Von Seekt and General Alexander von Falkenhausen, veterans of the First World War. While still considered inferior to the Japanese Imperial Army, by the Nationalist Army’s standards, they were elite quality and had the potential to outperform above their weight class. While their helmets and design for their small arms weapons were adopted from the Germans, their tanks and machine guns were of other European models. The defense of Shanghai consisted of three tank battalions: the Polish FT-7, French Renaults, Italian CV.33, British Model 1931 amphibious tanks, and the German Panzer Mark 1A. Convinced that Chinese were training and equipment were inferior, the Japanese believed that the battle would have results similar to those of 1932, rough with some casualties, but finishing within a few days. Instead, it would take three months before the Chinese defenders submitted to the Japanese. 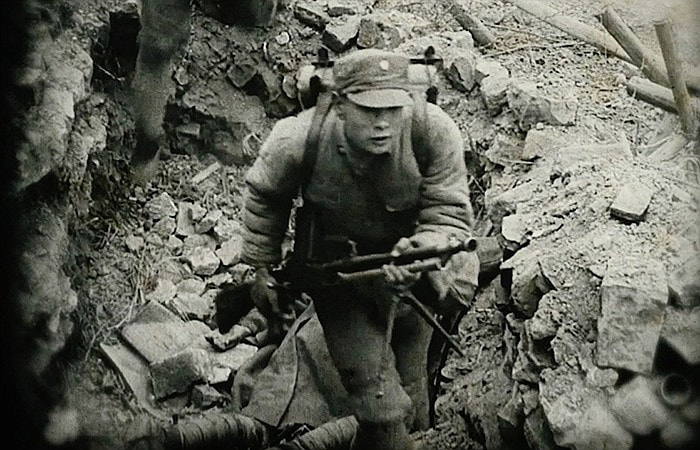 Chinese solder at 1937
On August 9, 1937, Sub-Lieutenant Isao Oyama of the Japanese Naval Special Forces arrived at Hongqiao Airport in Shanghai, which was against the 1932 ceasefire agreement. He was confronted by the police at the airport and killed. After the incident, the Japanese consul-general and other Japanese representatives appeared to apologize for Oyama’s death and tried to convince the commander of the defense of Shanghai, General Zhang Zhizhong, and Chinese representatives to disarm the Peace Preservation Corps. Both the general and the representatives refused. General Zhang Zhizhong was already predicting the attack to come soon. This request was only another signal that Shanghai was going to become a target for the Japanese military. General Zhang was encouraged to request that Chiang send the 87th and 88th.

On the morning of August 13, 10,000 Japanese troops launched their attacks against Shanghai. The Japanese engaged with the Chinese in the Chapei, Woosung, and Kiangwan districts. The 88th was able to hold them back with mortars and artillery. At 1600, the Japanese 3rd Fleet docked along the Yangtze, and Huangpu Rivers began bombarding the city as this tactic had worked well in disabling Chinese defenses in 1932 and allowed for a quick victory. This time the Chinese dispatched aircraft from Captain Gao Zhihang’s 4th Flying Group. The bombers provided aerial support against ground movements, while the fighter planes engaged with Japanese bombers and fighters coming from Taiwan. By the end of the battle, the Chinese Air Force had shot down 85 aircraft and had sunk 51 ships while, in return, they lost 91 of their own. With the bombing of Shanghai and the aerial combat, like the battle of Shanghai, the city’s infrastructure was destroyed and thousands of civilians died. Zhang, attempting to break the stalemate, launched a counterattack on August 16 by secretly closing the lines between the two positions, sneaking troops into Japanese-held buildings, and engaging in close combat fighting to overwhelm them and retake the positions. These were successful, goal-accomplishing tactics successfully used by the Soviets in Stalingrad. First, it prevented naval and aerial support from targeting Chinese positions for fear of hitting their own. Second, the Chinese troops were able to surprise and overtake the Japanese troops with grenades and torches to flush out the Japanese from the buildings and shoot any stragglers with machine gunfire. 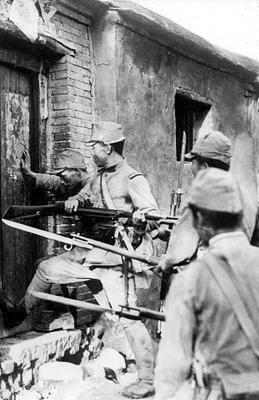 Japanese troops broke a door to residents
The next day, the Japanese deployed their light tanks to counterattack the Chinese advances. While the Chinese were able to push back the Japanese initial advances, they could not penetrate the Japanese lines or make much progress. Chiang, feeling that Zhang failed to make any significant breakthroughs, decided to take control of and responsibility for the battle. The Chinese 36th Division arrived on August 18 at Huishan to reinforce the 87th and coordinate a tankinfantry counterattack. The attack aimed to break and penetrate the Japanese and continue the pressure to prevent further counterattacks. Unfortunately, the Chinese lacked tank-infantry coordination and their attack failed with the loss of 90 officers and 1,000 men. 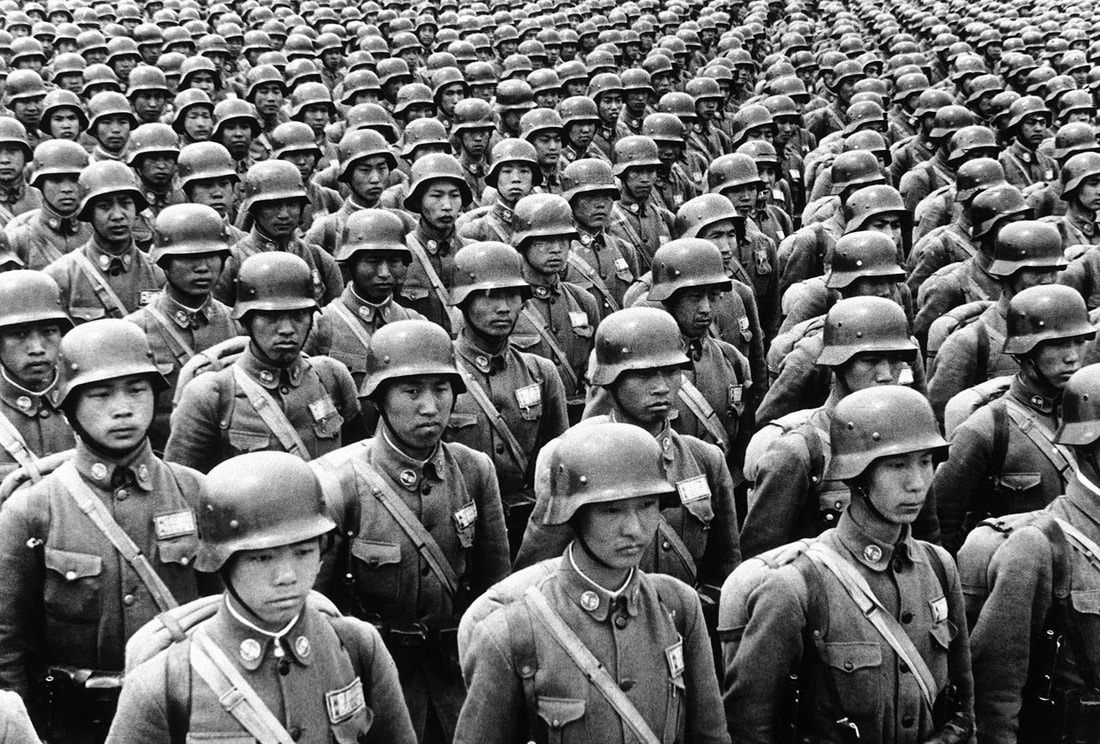 Elite German-trained divisions of National Revolutionary Army before the Battle of Wuhan
​Of the 300,000 Japanese that participated in the battle, there were 40,000 casualties. The battle cost the Chinese 250,000 of 700,000. A large number of the Chinese casualties were the German trained elite troops and their experienced leaders. The loss of over 30 percent of their force, mainly their well-trained and experienced troops, would affect their ability to fight against the Japanese in future campaigns, specifically at Nanking. The stubborn resistance of the Chinese Army showed the world, particularly Western countries, and Japan, the capability of the Chinese Army when backed against a wall. This showed that they hoped to get Japan to cease their advances, to avoid the casualties that they suffered during the battle, and to get Western countries more on their side to fight against the Japanese. While the battle of Shanghai was strategically crucial to the Sino-Japanese War, the battle’s lasting impact significantly shaped the future of Shanghai and Japanese actions in China, politically and socially.