The Land of Smiles

Regarding Thailand's etymological roots, the name originated from citizens calling their land ‘Mueang Thai’ (เมืองไทย) directly translated to ‘Land of Thais’. Due to interactions with the outside world, the country adopted the exonym ‘Siam’ (สยาม), potentially derived from Sanskit. After altering between multiple names due to the preferences of different political administrations, the name permanently reverted back to ‘Thailand’ (ประเทศไทย) in 1948. As the word ‘Thai’ (ไทย) in itself carries the meaning of ‘Freedom’ (อิสระ, เสรีภาพ), taking the country’s name in its entirety carries the connotation of ‘The Land of the Free’. 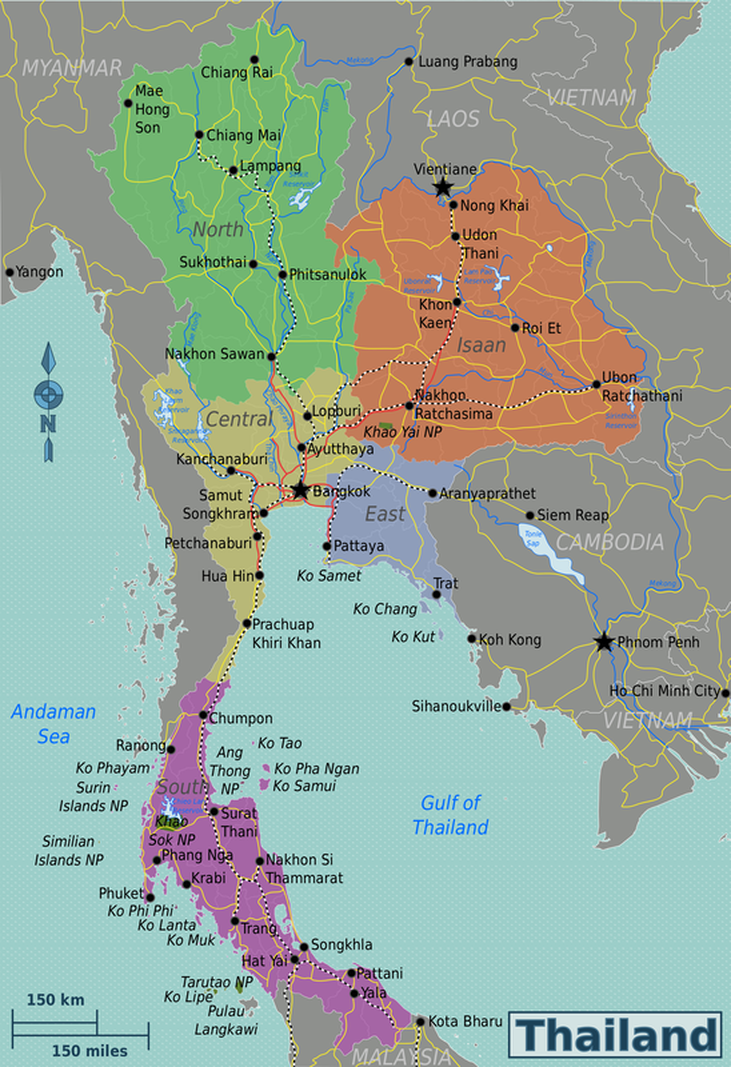 Five Regions of Thailand
Since the 1932 coup, Thailand’s form of government is modeled under a Constitutional Monarchy. The executive branch is composed of the prime minister as the head of state, a bicameral national assembly, and a judicial branch consisting of three court systems. The monarch serves as the symbolic, chief of state, though responsibilities are limited to that of a uniting figurehead than an active political participant 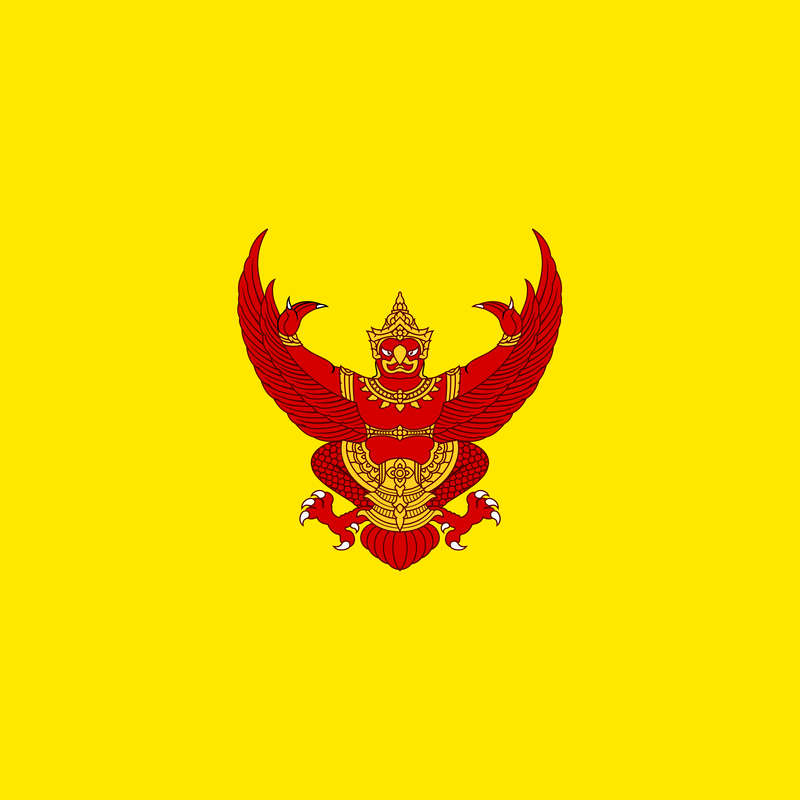 The Royal Standard of the King of Thailand. The Garuda in the center has been the symbol of the monarchy since the times of Ayutthaya.
As of the 2017 World Population Prospects reported by the United Nations Department of Economic and Social Affairs, Population Division, the country currently holds a population of almost 69 million people. The country is the majority of Thai nationals (95.9%), with 62 officially recognized ethnic groups and communities. Thailand’s largest migrant group is ethnic Chinese, who arrived in the country mainly in the 18th and 19th centuries and have assimilated into Thai society. Historically, the country has been a popular destination for migrants seeking refuge from the crossfire of war.

On the ethnic front, long-standing and violent conflict occurs between Thailand’s minority Malay Muslims and the majority Thai population along the country’s southern border (also known as the Deep South). Not only has the conflict claimed more than five thousand lives throughout its entire course, but the ongoing occurrence has compromised the safety of nearby provinces, put the region on a human rights watch list, and heightened international concerns on terrorism.

Regarding socio-economic stratification, Thailand has had issues with the divide between the poor, rural population (who distinguish themselves by wearing red shirts during political protests) and the urban, upper and middle class (who alternatively wear yellow shirts). Such growing class divides have often been exploited by politicians, either for the sake of sparking populist protest (as in the case of the 2010 Thai political protests otherwise known as the ‘Red Shirt’ vs ‘Yellow Shirt’ Crisis) or to garner votes by attaching themselves to ideals and morals espoused by each group.

In an effort to deescalate growing protests and oust the Prime Minister at the center of the conflict, martial law was declared on May 2014. Subsequently, the military junta, naming themselves as the National Council of Peace and Order, assumed control of the country. As of writing this book, the current government is run by former Commander in Chief of the Royal Thai Army, Prayuth Chan-Ocha