Japan’s Encroachment into China in the 1930s
For many western nations, World War II began on September 1st, 1939, with Germany’s invasion of Poland. However, in the greater Asia Pacific, World War II started long before then. On September 18th, 1931, the Imperial Japanese Army staged an attack on the side of a Manchurian railway (Mukden Incident/918 Incident) which they had owned since the First Sino-Japanese War. By 1938, Japanese forces controlled the eastern half of China. 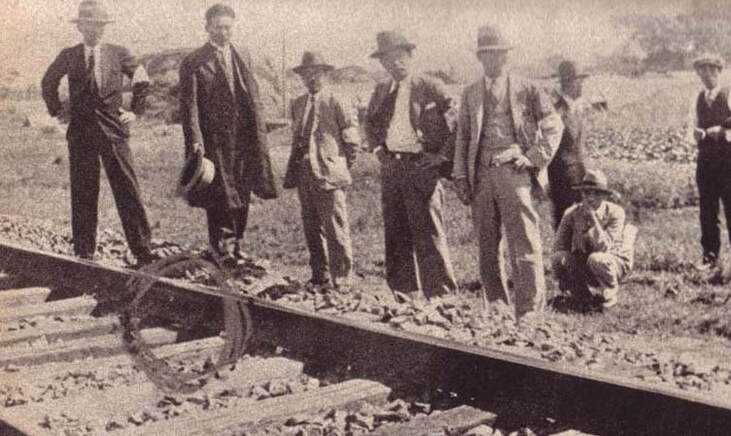 Mukden Incident/918 Incident
By Unknown - published in Japanese magazine Rekishi Shashin 日本《歷史寫真》畫報, Public Domain, https://commons.wikimedia.org/w/index.php?curid=5520475
Imperial Japan’s encroachment into China throughout the 1930s escalated with the Marco Polo Bridge Incident on July 7th, 1937. This event marked the beginning of World War II in China. By August 13th, 1937, Japan launched a full attack on China with the Battle of Shanghai. Imperial Japan then advanced further into China and along the way committed atrocities as they expanded their territory with the policy to “loot all, kill all, burn all.” One of the most notable atrocities which occurred during this invasion is the Nanking Massacre, also known as the Rape of Nanking. 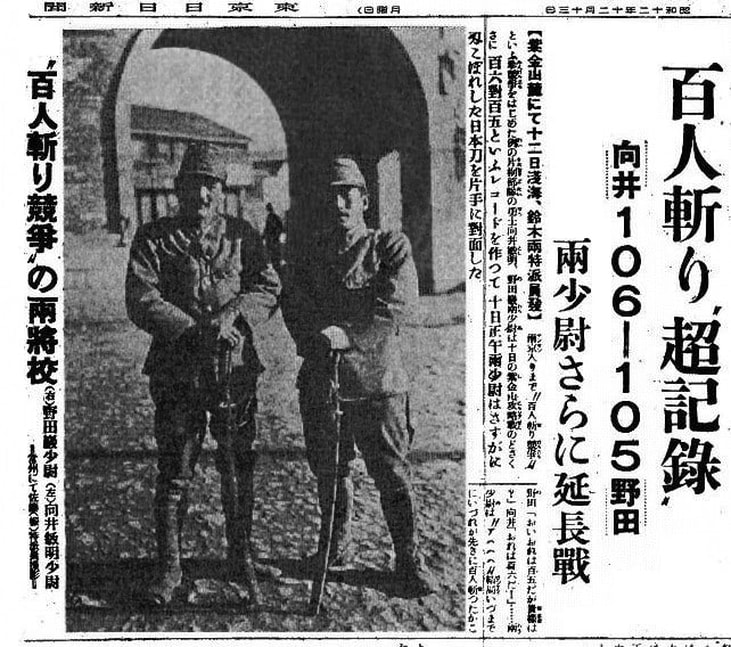 “There probably has been no crime that has not been committed in this city today”
-- John Rabe on Nanking Massacre
Source: 香港歷史系列@日軍佔港 Part 1, RTHK, July 17, 2015, https://www.youtube.com/watch?v=rG5hl_Y63EU. 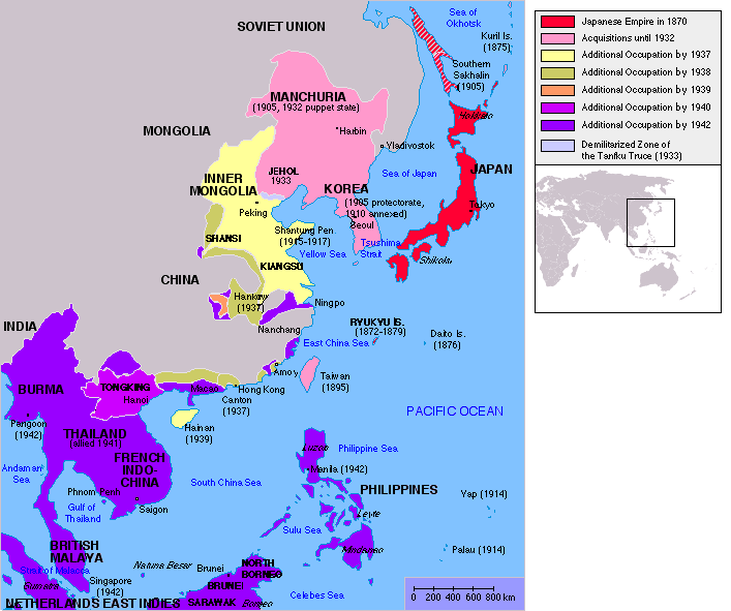 By Kokiri at English Wikipedia, modifications by Huhsunqu and Markalexander100. - This file was derived from: Japanese Empire.png, CC BY-SA 3.0, https://commons.wikimedia.org/w/index.php?curid=472828
Preparation in Hong Kong
General Sakai of the Imperial Japanese Army, commander of the 23rd Regiment stationed in Guangdong, was ordered to attack Hong Kong and conquer it within 10 days. With the defeat of the British Expeditionary Force and its near decimation, Britain had little, if any, available resources to be allocated to the defense of its Asian holdings. British Prime Minister, Winston Churchill, was aware of the threat of a Japanese attack on Hong Kong, but he knew there was little he could do to assuage the colony of its fears.

​To protect Hong Kong. An initial strategy called for the main defense in Hong Kong to be on the island. Only one infantry battalion was deployed on the mainland for demolition duties and for delaying purposes. The British decided to set up a strategic defensive line along the mountains. This line separated Kowloon and the New Territories, as known as the “Gin Drinkers' Line.” General Christopher Maltby assigned three battalions to the mainland. These battalions would fight from the Gin Drinkers' Line. The initial construction of this line began in 1934. The British spent 5 million pounds on building this defensive line and it was inspired by France’s Maginot Line from World War I. 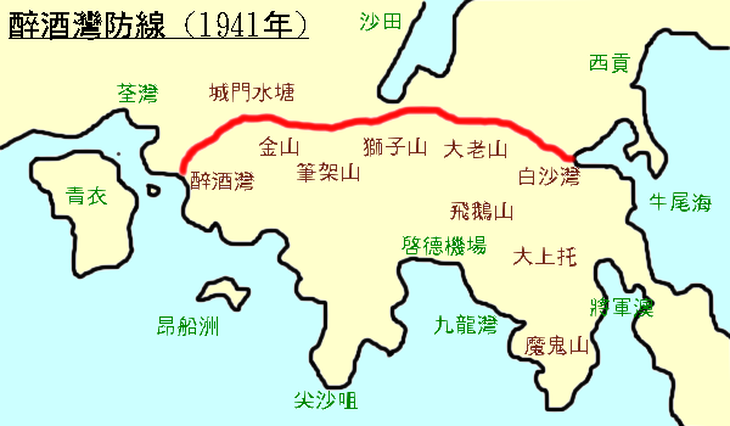 Gin Drinker's Line in 1941.
By User Kevinhksouth on zh.wikipedia - Originally from zh.wikipedia; description page is (was) here 08:12 2005?12?11? Kevinhksouth 600x350 (63,443??) (?????????? {{cc-by-2.0}}), CC BY 2.0, https://commons.wikimedia.org/w/index.php?curid=805378
An attack on Hong Kong was not expected until 1942, however, western nations began preparing for such an attack as early as 1941. The United States began to send troops to the Philippines while Britain, Australia, and Canada sent troops to Malaya and Singapore. Canada sent two battalions totaling around 2,000 men to Hong Kong to bolster the undermanned garrison: The Royal Rifles of Canada from Quebec and the Winnipeg Grenadiers. A combination of recruits to defend Hong Kong hailed from Britain, Canada, Scotland, and India. 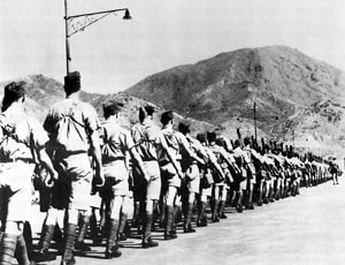