The Beginning of Biological Warfare

After the Germans’ use of chemical weapons during the first World War (WWI), on June 17, 1925, during the Geneva Conference, 44 countries passed and signed the Protocol for the Prohibition of the Use in War of Asphyxiating, Poisonous or other Gases, and of Bacteriological Methods of Warfare, also known as the Geneva Protocol. Although Japanese representatives were involved in drafting and signing the Geneva Protocol, it was not ratified in Japan at the time.

Ishii Shiro, who was then a student of bacteriological, serological, and pathological studies at the Graduate School of Kyoto University, was interested in the Geneva Protocol as a curious scientist. He studied the conference reports with Harada Toyoji and other military doctors who attended the conference and noticed that the Geneva Protocol was only for the use of chemical and biological weapons and did not limit any development, manufacture, preservation, and movement of chemical and biological weapons. Upon graduation in April 1928, in a span of two years, Ishii Shiro traveled to 25 European and American countries and observed that research on biological warfare had not advanced in Japan. Four months after his return, he became an instructor at the Imperial Japanese Army Medical School.

Due to Japan’s lack of natural and mineral resources, biological weapons were inexpensive due to their low production costs, automatic transmission, and high potential for lethality. Using those reasons, Ishii convinced the Minister of War to provide funding to establish his network of biological weapons research. Ishii Shiro then became the Minister of Epidemic Prevention of the Kwantung Army. 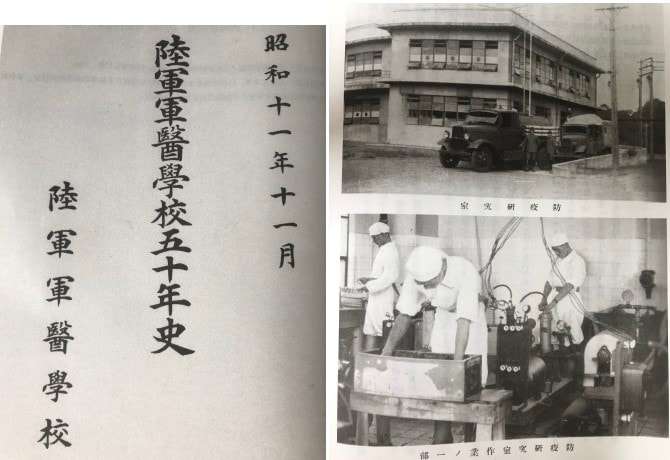 Togo Unit
Imperial Japan’s successful invasion and occupation of Manchuria presented opportunities for ambitious scientists. Ishii Shiro was so proud of Japan’s accomplishment and he was able to establish a biological research facility named “Togo Unit” after his idolized national hero, General Togo Heihachiro who defeated Russia in the Russo-Japanese War. The “Togo Unit '' operated in Beiyinhe, a village about 70 km southeast of Harbin, conducting human experimentation as early as 1932 in facilities formerly used as a soy sauce factory with high packed earth walls. In order to keep the facilities a highly confidential matter, the Togo Unit staff members were not allowed to communicate with outsiders. This location was exposed during the Mid-Autumn Festival in 1934 when the escape of 16 Chinese prisoners revealed the Unit’s secrets.
​
The Unit was then forced to temporarily relocate to the Army Military Medical School in Tokyo and later to Nangang, Harbin. As a result of the prisoners’ escape in 1934, a more secretive and contained facility was established, later known as Unit 731. On July 29th, 1936, the Togo Unit was issued a notice as a part of the Kwantung Army. Different branches known as “Ishii’s Network” were established to conduct research on different types of biological weapons. In a book written by Tsuneishi Keiichi, Unit 731- The Truth about Biological Weapons and Crimes, he stated that the Ishii Network had a staff exceeding 10,000 people and that Unit 100 in Changchun, Unit 1644 in Nanjing, and Unit 731 in Harbin conducted human experiments on a daily basis.