The situation in Siam was different from any that had ever confronted OSS in an enemy-occupied country. Instead of a resistance movement, such as was encountered in European countries, there existed in Siam what might best be described as a patriotic governmental conspiracy against the Japanese in which most of the key figures of the state were involved.
-- Kermit Roosevelt

The Birth of the X.O. Group
Organized resistance against the Japanese began well before the Thai-Japanese alliance. One of the first series of meetings took place on December 11, 1941, in Pridi’s home. Those in attendance comprised of a handful of civilian leaders previously part of the 1932 coup d’etat as well as elder, Thai autocrats. This core, inner circle of leadership called themselves the X.O. Group. 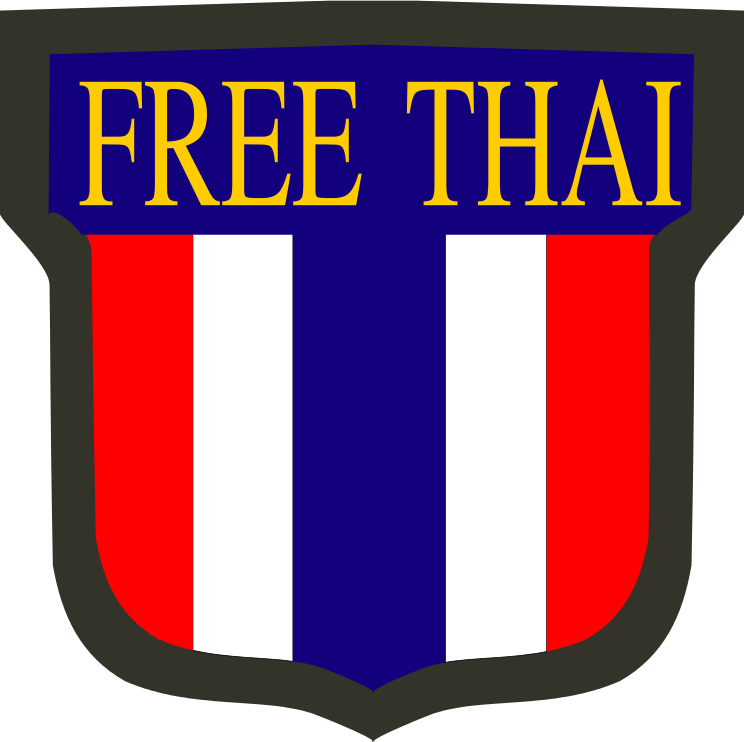 Establishing Communication
One could say that the foundation for U.S.-Seri Thai partnership began with M.R. Seni Pramoj’s refusal to deliver Thailand’s declaration of war to the Secretary of State. The declaration of war was never delivered to Secretary Hull and in response, the U.S. never declared war against Thailand.

M.R. Seni took swift actions on his proposal. He requested assistance from the United States, including the funding to train Thai students and expatriates to oppose the Japanese by force, establishing communication with mainland Thailand, and permission to carry secret activities with other countries for the sake of aiding the Thai effort. Furthermore, M.R. Seni presented his manifesto of purpose and goals.

Both the requests and the manifesto were successively approved and recognized by the United States. American support for Free Thai (เสรีไทย), a name coined by M.R. Seni for the newly founded organization, solidified on April 1942 under the aegis of the Office of Strategic Services (OSS)

Office of Strategic Services (OSS) emblem
Resistance efforts in Great Britain compared to the U.S. were complicated and extremely challenging. Despite an equal number of students expatriates showing opposition to the Phibun administration, resistance organizations had a difficult time convincing the British government to provide assistance. This was due to several factors, from geographic isolation to factionalism as well as the absence of a prominent, central figure that could propel the resistance movement forward. In addition, there was no doubt that Britain’s lingering feelings of betrayal after the Thai war declaration slowed the process of the resistance coalition.

The growth of pro-Allied Thai students attracted the attention of the Special Operations Executive (SOE), Britain's clandestine warfare organization and the OSS’ counterpart. The SOE had recognized the potential of a resistance effort through their interaction with Prince Suphasawatwongsanit Sawatdiwat (‘Prince Suphasawa’), who also served as Chief of Palace Security. Having been contacted by resistance leaders Sena Tambunyen and Puey Ungphakorn in early March 1942, Prince Suphasawa utilized his high-level status to contact Churchill’s office. In response, the SOE assumed responsibilities for the implementation of British-Thai reconnaissance missions and by late June, approval was received to utilize Thai volunteers.

Special Operations Executive
By Madelgarius - Own work, CC BY-SA 3.0, https://commons.wikimedia.org/w/index.php?curid=21004763
The Free Thai in the U.S. and Britain moved forward to establish communication with mainland Thailand to notify them of their existence and their partnership with Allied forces. The resistance coalition in the U.S. and Britain agreed that the best way to communicate with Seri Thai members in Thailand was to send high-ranking officials into China. These officials would then make their way to Bangkok on foot through the jungles of Vietnam or Laos. Similarly, Seri Thai members were to travel to China to deliver messages from the X.O. group to Seri Thai members in Britain and the United States.

However, many Thai officials who arrived in China saw themselves being blocked with Chinese bureaucratic impasses. Chamkat, for example, noticed that the letters and telegrams he sent to his colleagues abroad failed to be forwarded in a timely manner, were missing, or deemed undeliverable. 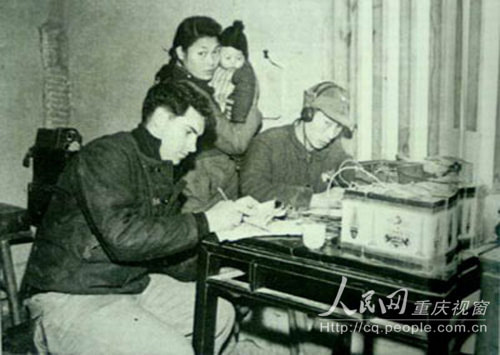 US intelligence officer teaching Chinese how to use radio
By Unknown - http://www.ce.cn/culture/history/200707/12/t20070712_12143569_1.shtml, Public Domain, https://commons.wikimedia.org/w/index.php?curid=8623158
Frustrated with these administrative impasses, Chamkat wrote a final report, beginning with a call to Allied support for Thailand. This report would later turn out to become the Allies’ first written account of an existing Thai resistance movement in the U.S. and Britain. Unfortunately, Chamkat was unable to see his efforts come to fruition as he died shortly after on October 7, 1943. While stomach cancer was the accepted reasoning for his sudden passing, others have argued the possibility of foul play, specifically poisoning by either Chinese vigilantes or Japanese spies.

Chamkat’s death spurred the U.S. to slowly reduce its interaction with Free Thai via China and move its communications group out of Southeast China and into Sri Lanka, successfully establishing continuous, reciprocal contact between themselves and the Free Thai movement.
Mission Successes of the Free Thai
The Free Thai’s unique model of an interchanging, two-pronged reconnaissance approach contributed greatly to the U.S. war effort in Southeast Asia. Over 50,000 Thai Volunteers underwent excruciating training and dangerous missions and treks to collect and report findings to U.S. and British supporters stationed in China and other areas of Indochina.

In Phrae Province, Pridi Panomyong and Thong Kantatham led and launched parachuting operations to sneak in Allied forces for reconnaissance missions. The most notable ones were Operation Hotfoot and Operation Numeral, operations that helped deploy weapons, supplies, and medicine to supporting troop members either in Thailand or conflict areas in Southeast Asia. The lives of Thai volunteers were constantly endangered, having to navigate around Allied bombing campaigns, rescuing fallen foreign soldiers, avoiding Japanese detection, all while broadcasting findings and weather reports to partners in the U.S.

Arguably, one of the most fascinating exfiltration missions during World War II was the search and rescue of Flying Tiger pilot, William McGarry [Click to read our story about him].