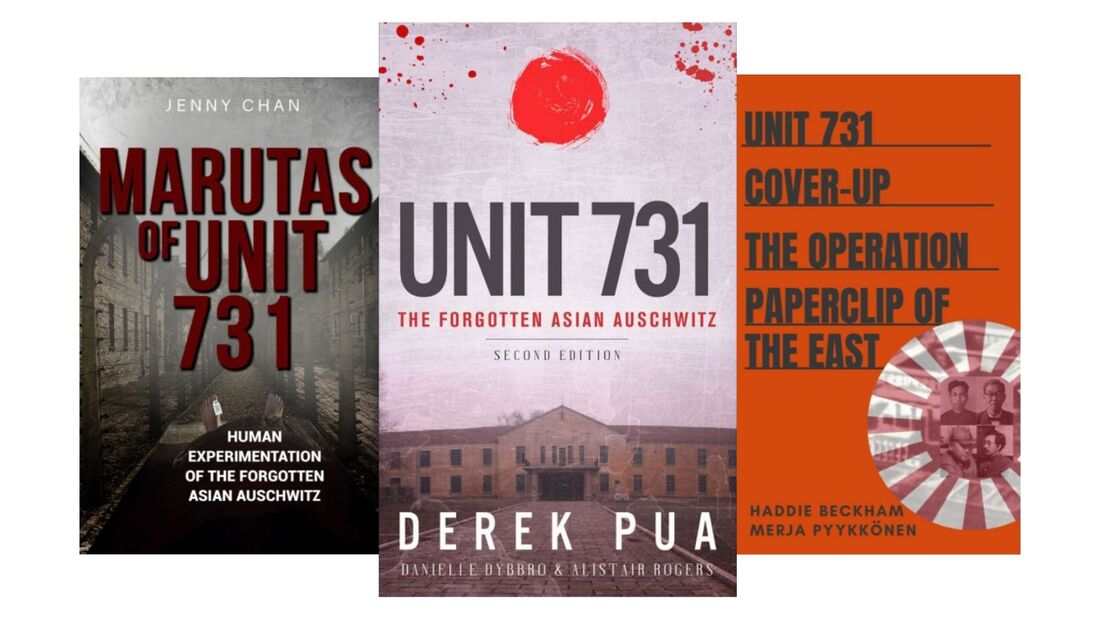 Get the Three books Series! 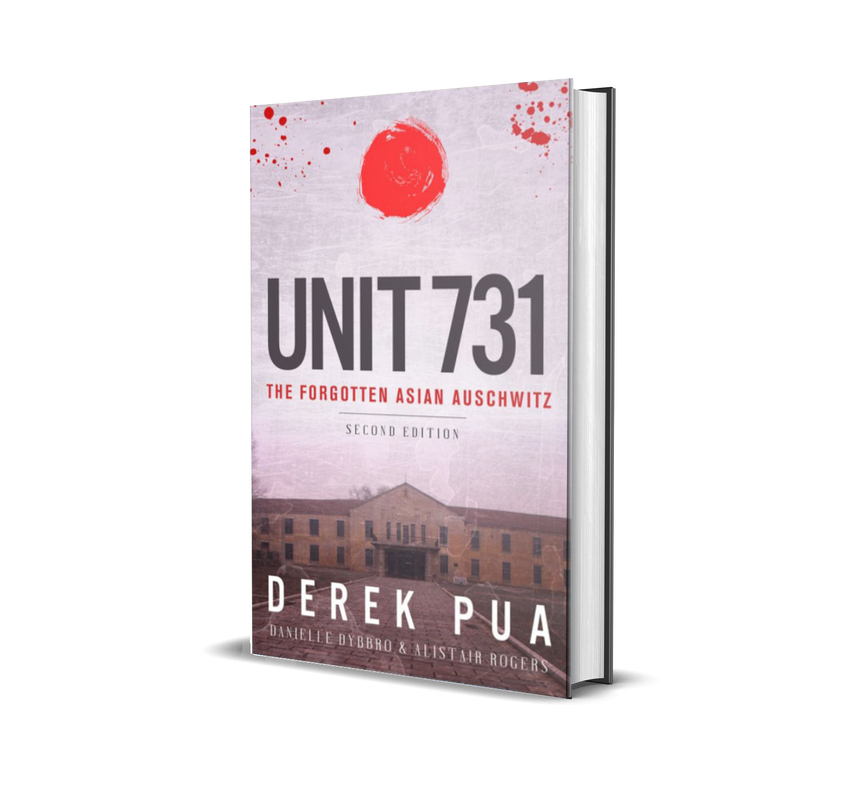 Get the Three books Series!
Unit 731: The Forgotten Asian Auschwitz written by Derek Pua, unearths the forgotten history of the Asian Auschwitz. Much of the atrocities committed by the Japanese Imperial Army during World War 2 are now known to most historians, but by far, the most despicable and forgotten act against humanity committed by the Imperial Japanese government was its covert biochemical weapons program.
​ Euphemistically labeled as the "Epidemic Prevention and Water Purification Department" of the Imperial Japanese Army, the Japanese conducted a wide range of cruel and inhumane experiments on prisoners who were often innocent. Under the leadership of Dr. Shiro Isshi, the department subjected 3,000-250,000 innocent men, women, and children to cruel experiments and medical procedures that were carried out by the brightest medical students and staff that Imperial Japan had to offer. In a bid to develop its germ warfare capability, the government of Imperial Japan resorted to incredibly deprived and inhumane methods of experimentation, like infecting prisoners with virulent strains of anthrax, plague, cholera, and other diseases. These prisoners were often subject to excruciating vivisections without the use of anesthesia to observe the real-time effects of these deadly diseases. Perhaps the most shocking development after the war was that the perpetrators of this heinous crime against humanity have largely escaped persecution unlike their Nazi counterparts in Europe. In a cowardly attempt to escape persecution by the Soviets, Dr. Shiro Isshi and his staff were able to trade the information obtained from their experiments with the Americans in return for immunity in the Tokyo Trials.
In this edition, we expanded on the background info of Unit 731, survivor testimonies, and the findings of the remains of Unit 731.
"Unit 731: The Forgotten Asian Holocaust by Derek Pua, is not for the faint of heart. It is, however, for anyone wanting to more clearly understand the extent of Imperial Japanese war crimes. This brief, dispassionate, and factual book outlines the creation and development of Unit 731, an organization that employed thousands of Japanese scientists who conducted nightmarish experiments on an untold number of human guinea pigs, all in the name of medical research. Even if one cannot stomach the details included in Unit 731: The Forgotten Asian Holocaust, a basic knowledge of these atrocities should be more widely known, if only in the hope that history will never repeat itself in this horrific manner."-Kathryn Atwood, Authorkathrynatwood.com For readers who are interested in more about the atrocities committed during the Pacific Asia War, visit: pacificatrocities.org 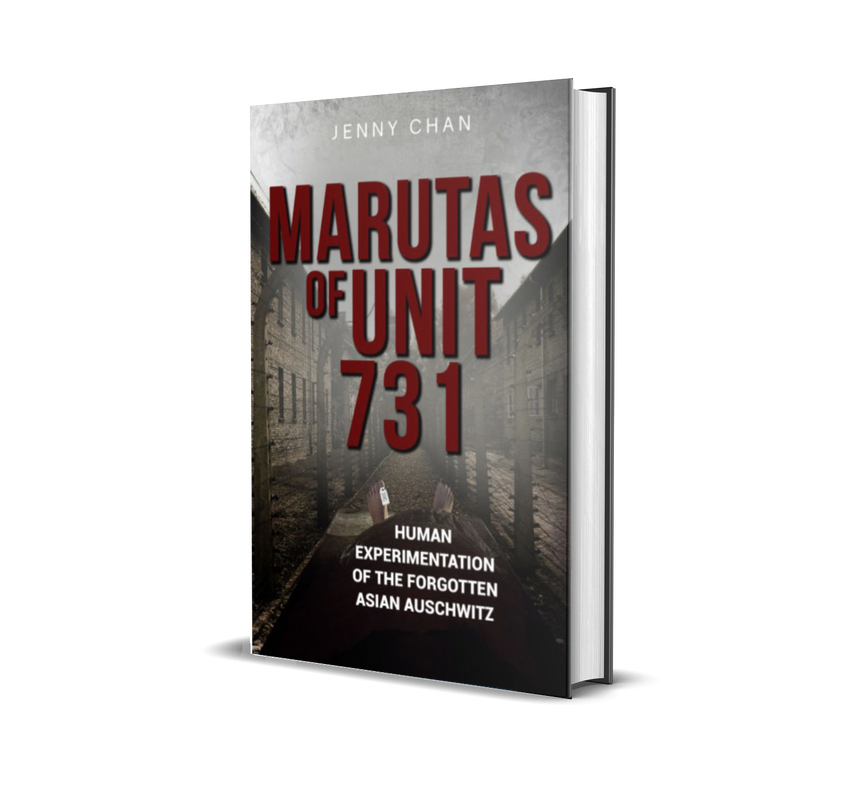 
Marutas. Logs. That was the name of the estimated victims of up to 250,000 men, women, and children sacrificed by state-sponsored Imperial Japanese medical students and scientists for biological weapons research during World War II. Prisoners were purposely infected with dangerous viruses and bacteria, including but not limited to the bubonic plague, typhoid, anthrax, smallpox, tuberculosis, and gangrene, tied to stakes and exposed to deadly gas bombs, and even dissected. Alive. The prisoners included Chinese patriots, civilians, Russians, and allied POWs. And yet, in the years after the Pacific War, the Imperialists were never prosecuted, and the stories were largely forgotten.


With powerful descriptions, personal narratives, and in-depth research, Jenny Chan's latest book explores the depths of human cruelty and subjugation within the forgotten death camps like never before. 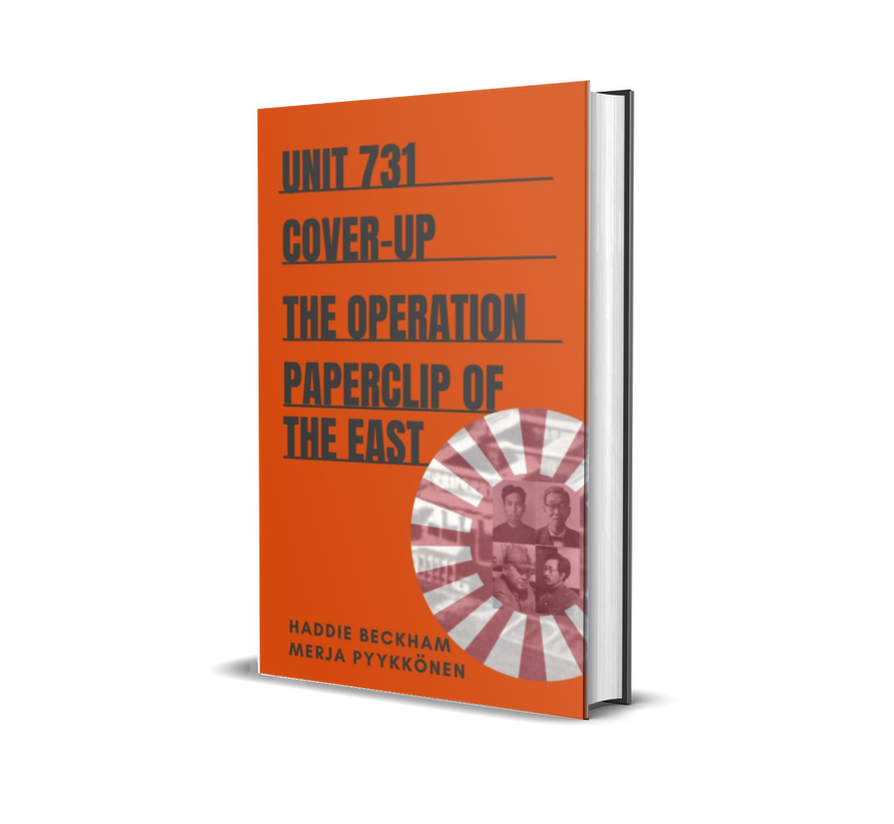 Get the Three books Series!
During the occupation of Japan after WWII, the US had an important decision to make.
​Should they hold those responsible for atrocities during the war accountable or should they take the information to advance national interest?
The researchers who worked at Unit 731, the biological and chemical warfare research and development unit, were given immunity in exchange for their research data. Unit 731 included factories filled with humans, tested with various diseases, as well as field tests on civilians of the Soviet Union and China. Imperial Japan had aspirations to develop operative tools of biological warfare, one that was prohibited after World War I. Using alive human captives, the Japanese scientists of the medical profession gathered data on the progression of the diseases until the "human guinea pigs" collapsed. Most of these scientists lived peacefully after WWII, with a few of them having to go through the Khabarovsk Trial, which was deemed by the West as communist propaganda.
Most of the horrors on Unit 731 had been hearsays and rumors until recently with the passing of the Freedom of Information Act. This book is based on documents found in the U.S. National Archives and Records Administration, Russian archival documents, and translations of the Khabarovsk Trial to paint a complete picture of the cover-up of the atrocious act of Unit 731.
Readers could expect to questions themselves with this evidence: Should war crimes be covered up in the name of national interest?
Order the Three books Series!