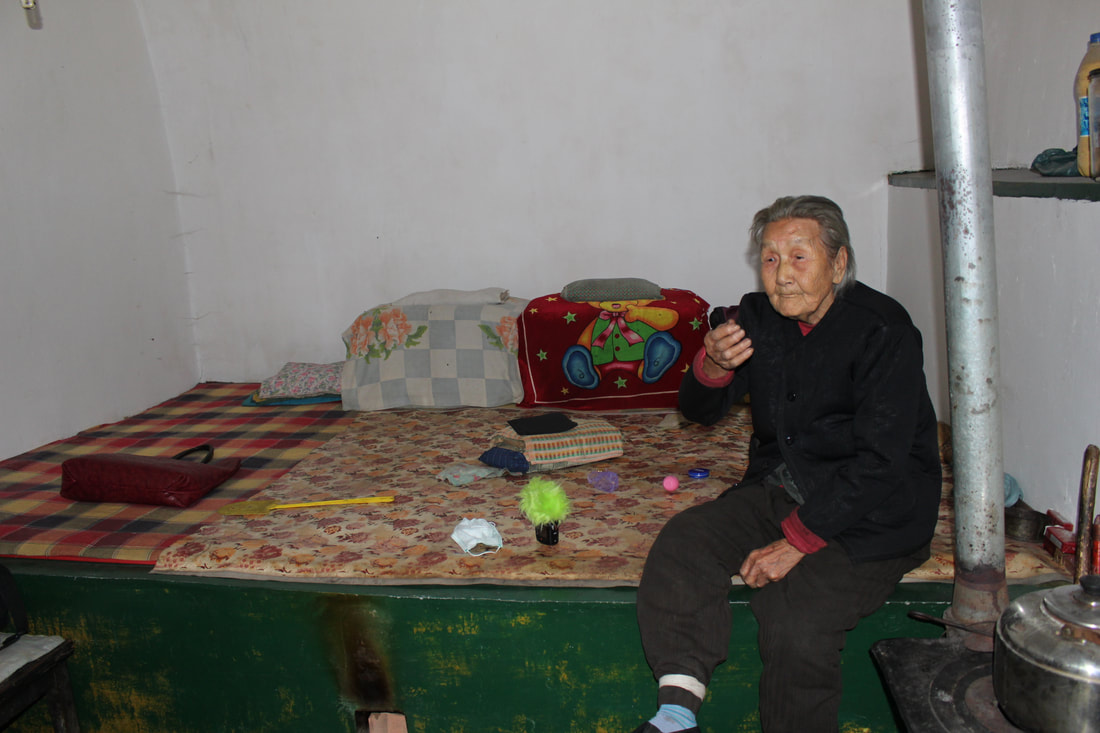 Tso Hei Mo 曹黑毛
1922-2018
Interviewed by Jenny Chan, 2014
Not sure what the date was, but the field was harvested, so it must have been autumn in 1941. The Japanese soldiers rounded all of the villagers up, and they were all terrified. While the Japanese soldiers were circling around them, she was so scared. She didn’t even lift her head up. Then the soldier took off her pants in front of everyone and raped her. Then she was locked in a house built in a cave. She was then locked in there. Every day, it was the same soldier, and no one else.
After a few months, she noticed something wrong with her body. She was pregnant. She was ashamed of having a child before being married. She was terrified of being found out, so she ran into the table or the wall to try to get rid of the baby. She was so worried because she had a fiance at the time. Finally, she successfully got rid of the baby. The soldier came back a couple of days later and raped her again.
Then in 1943, she was pregnant again. This time, she wasn’t brave enough to try to get rid of it. After a while, the soldier stopped visiting her at the cave, and she escaped. It wasn’t easy since she had bounded feet. Her mom was embarrassed that she was pregnant, and they decided to give birth to a cave nearby. After the baby came out, they did not look at it, and just abandoned it right at the cave.