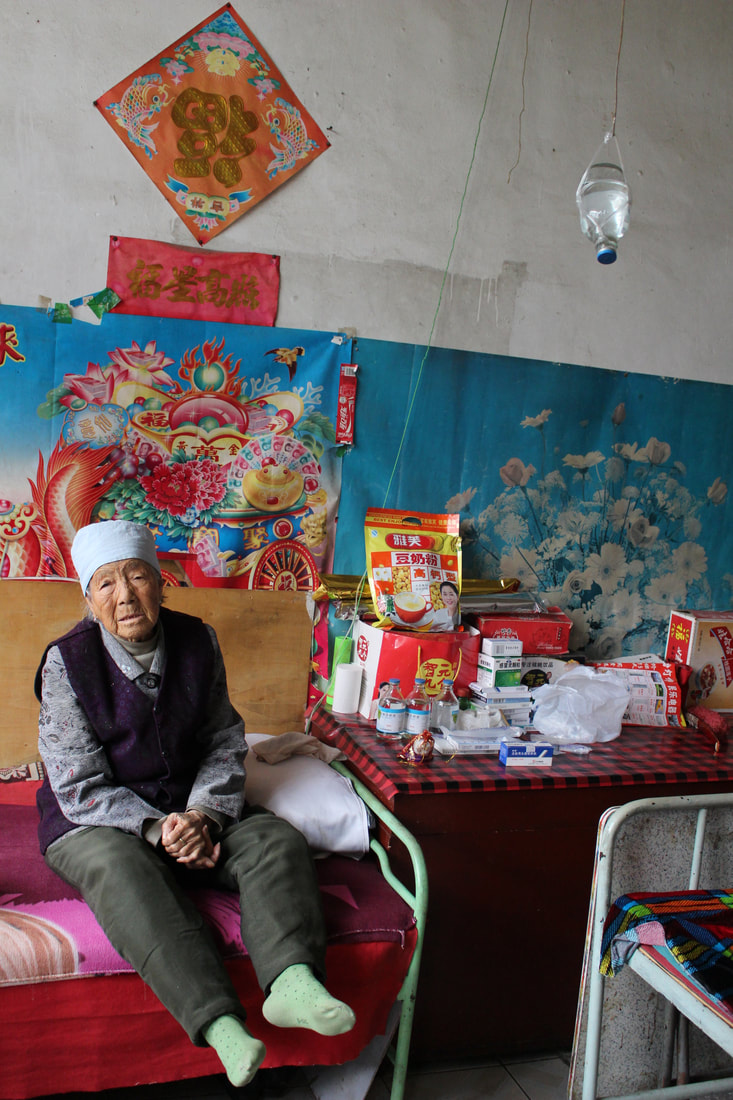 Hao Yuet Lian
1928-2017
Shanxi, China
Interviewed by Jenny Chan, 2014
​Hao was 15 when the Japanese soldiers went to her house while her parents were out laboring. The door was kicked open by the Japanese soldiers. Two soldiers rushed in with guns pointed at her. She was scared and was too afraid to talk. One soldier went to search for valuables while another one took off her pants and raped her on top of the oven bed. In Shanxi, it is freezing, so most people sleep on the oven stove brick bed. After the first soldier raped her, the other one that was searching for goods took his turn and raped her. Then they took the valuables. She was so scared she hid inside the blanket. It happened in the morning time, and she hid in the quilt until the evening. She was too afraid to leave the quilt.
That day, when it got dark, the Japanese soldiers went to her house again and dragged her onto the main road. On the main road, she saw about ten men being chained to the rope. Then she was also dragged on with the same rope, and she was the last one in the line. She got brought to a room. The Japanese soldiers were interrogating them. They took off the men's clothing and pushed water into them. The men were drowning in water and couldn't even scream. Then they took the women to a different room. Three women were sent away after the examination. She was very envious of them. Then the remainder of them all got sent to a place and was raped. After not a short while, she started bleeding. After maybe a month, she was exchanged with money.
After she got home for two months, she was arrested again. Then she was raped day and night, not even sure how many soldiers. She was starving and was only allowed a bit to eat at night.
After a couple of months, she was rescued by her father and brother. She couldn't even use the toilet when she got home.