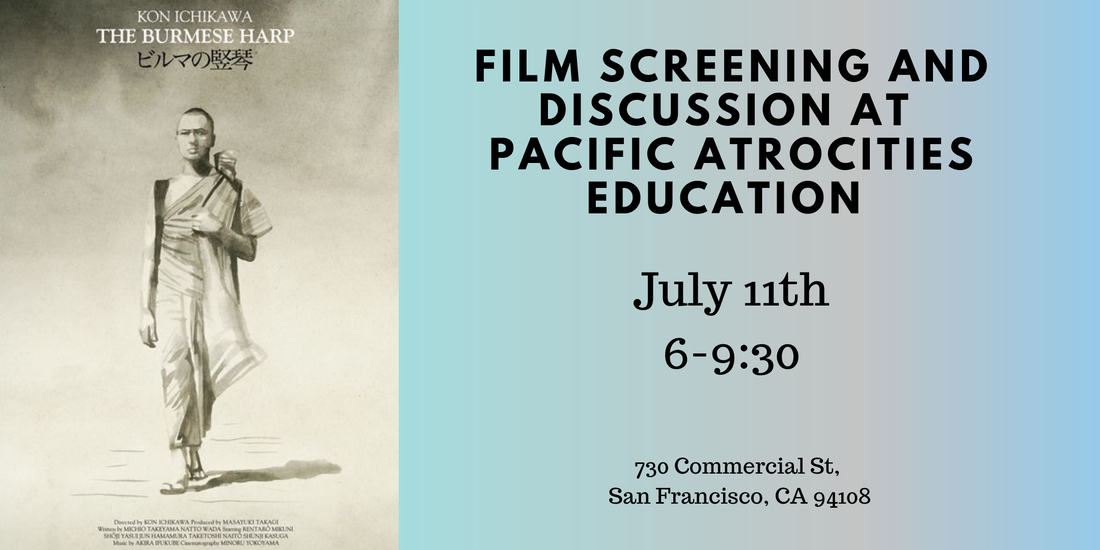 CAAM Fest is over, but we are still down to watch great Asian films! We will be doing a film screening of The Burmese Harp.
Based on the children’s boom of the same name, Ichikawa Kon’s The Burmese Harp is an anti war film centered around the fallout of Imperial Japan’s surrender from the perspective of those who fought in the Burma Campaign.  Nominated for the Academy Award for Foreign Language Film in the same year, The Burmese Harp is a powerful reflection and condemnation of Imperial Japan's wartime actions and showcases how to move from a jingoistic Japanese national identity rooted in the past and violence to a national identity rooted in the future and peace.  Come for the screening and tasty beverages, stay for a discussion on the film, a history of Japanese cinema and its relation to wartime censorship and control in Japan and how it factors into Kon’s masterpiece.
CONTRIBUTE